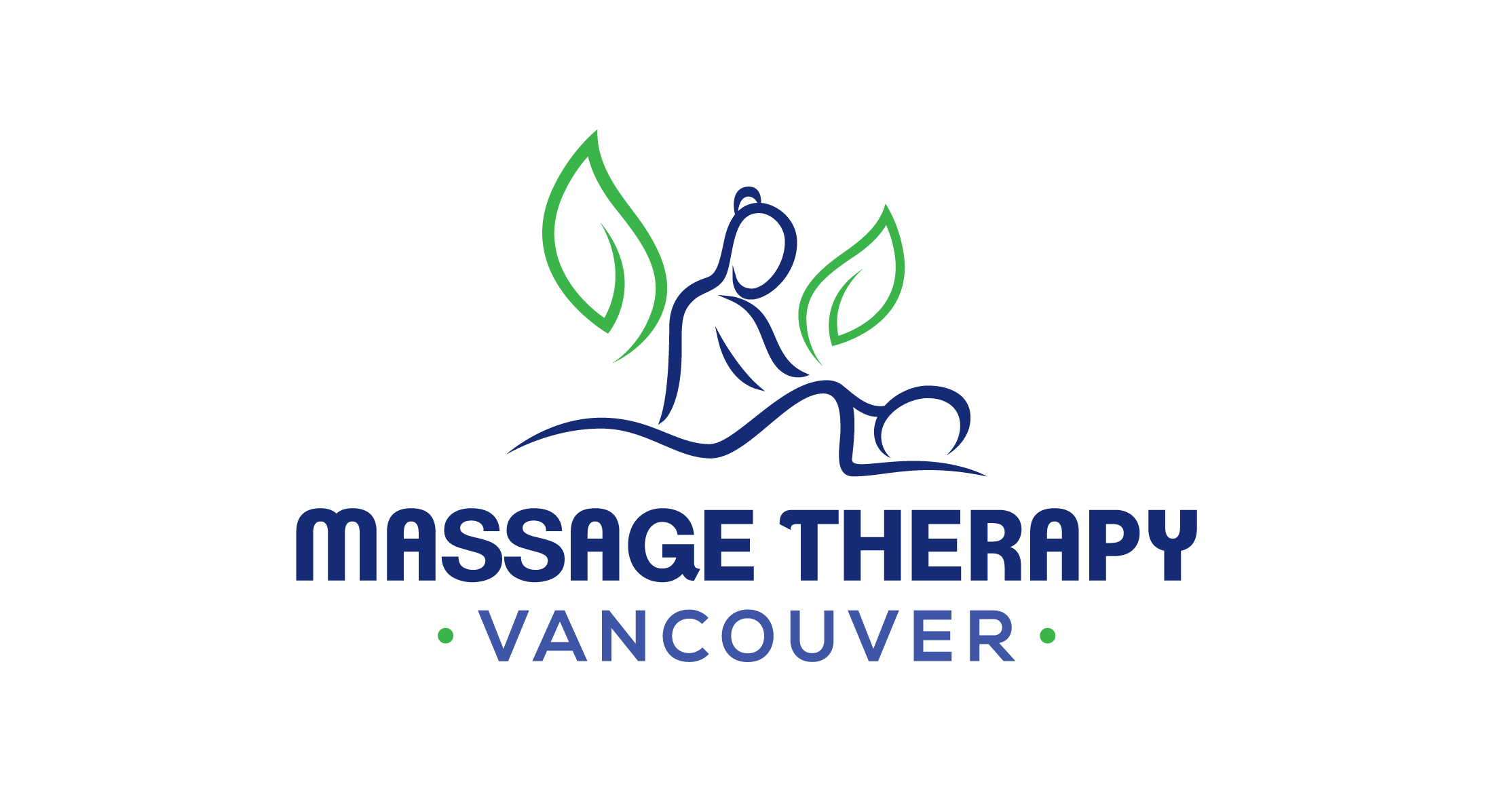 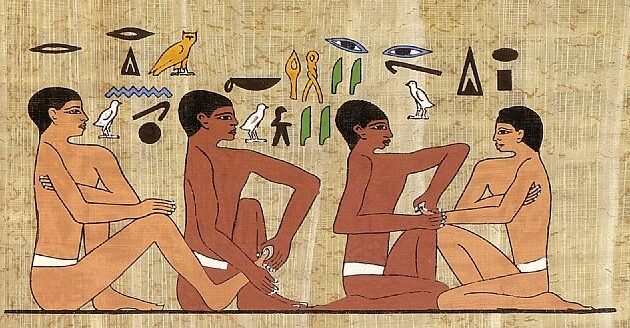 The roots of the word “massage” can be considered to be ambiguous. The word itself either comes from the Arabic word “mass” which means to touch, or from the Greek word “massein,” meaning to knead. Historical literature from around the world has described kneading, pressing, anointing, or rubbing as a healing practice. This ancient craft is an element of a traditional holistic system of healing methods that began thousands of years ago in all aspects of the globe.

At the time of the T’ang dynasty (619-907 AD), the Imperial Medical Bureau consisted of professors of massage and a doctorate in massage was attainable through a three-year training program. This program included training on the treatment of fractures, injuries, diseases, and wounds, and it was combined with breathing and postural exercises.

In 1000 BCE, massage therapy was introduced to Japan by monks who were studying Buddhism in China. They adapted their style to the craft and called it “anma,” which later became known as Shiatsu. They believed the design of the technique would be effective in strengthening and regulating organs by manually stimulating pressure points, in which a rebalance of energy levels would then help promote stronger immune function.

Tomb paintings revealed that massage therapy had found its way into Egypt by 2500 BCE. The Egyptians are credited for developing reflexology, a technique done to the hands and feet which involves applying pressure to specific points or zones to elicit healing. The Greeks and the Romans, who utilized massage therapy in distinctive ways, were influenced by the Egyptians.

Hippocrates (circa 460-375 BCE) found a treatment for a dislocated shoulder by “gently rubbing” to promote healing and the Greek Physician Asclepiades encouraged massage, hydrotherapy, and exercise. Sixteen books on frictions and gymnastics – massage and remedial exercise, respectively – defining the direction, frequency, and pressure of treatment were written by Galen of Rome (129-199 AD). The belief that massage therapy helped athletes before physical activity, by eliminating excess fluid and metabolites post-activity, was believed by the Ancient Greeks and is currently still a well-supported theory.

In Roman culture, massage was a common practice in Roman baths and was used by both the wealthy and the general public. They used their hands and textured cloths, ranging from smooth to rough, as well as wood or bone. The straight instruments were known as ferrules, while strigils were curved. There is also a reference that indicates the use of rose water for pregnant women to treat edematous legs.

In India, massage therapy was considered a sacred system of natural healing, dating back to 3000 BCE (or earlier). Ayurvedic medicine was commonly used by Hindus and it included massage therapy, which was a practice that was passed down through generations. They believed massage therapy helped relieve pain, heal injuries, prevent conditions, and cure illnesses. It is a common belief in Ayurvedic medicine that illness and disease are caused when people are misaligned, or ‘out of sync,’ with the environment. For this reason, it is thought that massage will restore the body’s physical balance to promote natural healing. In India, there is a ninth-century temple carving with a depiction of Buddha experiencing massage therapy.

Iota and toogi-toogi are styles and terms used for massage in the Islands of Tonga, while Lomi-Lomi is used in Hawaii. However, there is hardly any mention of massage and remedial exercise in European literature during the Dark and Middle Ages, until a book on the application of massage to surgical patients was published by a French surgeon named Ambroise Pare (1510-1590). Pare translated Galen’s works on massage, as well as inputting his information and findings.

Unfortunately by the 17th Century, the popularity of massage therapy declined in the West. The reason for this was the outbreak of discoveries in medical technology and pharmacology, which altered modern medicine. However, many doctors were still able to detect and support the health benefits of massage therapy.

It is believed that Swedish doctor Per Henrik Ling helped bring massage therapy out of this retirement period when he founded the Swedish massage technique, however, he is incorrectly credited as being the “father” of Swedish Massage. The true inventor was Dutch doctor Johann Georg Mezger, who founded the technique in 1868. Mezger’s 47-page dissertation on the Treatment of Distorsio Pedis with Frictions served as the therapeutic basis for Swedish massage, which may have influenced Ling’s work with the technique. Upon his death, a pupil of his by the name of Augustus Georgii published a French book on Ling’s ‘system’ in 1839, and by the end of the nineteenth century, Swedish massage was known internationally. Due to this, Ling’s many exuberant followers may have aided in securing his accreditation in the technique.

Despite this, Johann Metzger found great success as a physician in Amsterdam and is known for successfully using massage therapy to treat the Danish crown prince for a chronic joint injury. As he was an incredibly intelligent individual, he was able to combine pathology, physiology, and anatomy with massage which assisted with moving massage therapy into higher esteem among his European colleagues. Metzger inspired many German physicians in manual medicine when he moved to Germany in 1889.

Massage became a specialized branch of nursing in the United Kingdom during the nineteenth century and this therapeutic approach quickly grew in popularity. Sadly, it was taken advantage of when a string of scandals revealed poorly trained nurses who were lured into working in ‘call houses.’ This inspired a group of nurses who recognized the therapeutic benefits of massage to form the Society of Trained Masseuses in 1895. The standardization of therapeutic massage therapy practices, as well as training courses and examinations, were established in this society. Over time, this group interestingly became known as the Chartered Society of Physiotherapists. In the 1930s and 40s, an English physician named Dr. James Mennell supported and advocated massage and the link between physiotherapy and massage remained strong in the United Kingdom. The core skill of massage was considered examinable material for British physiotherapists from as late as 1977.

In the early 1900s, the demand for what was referred to as ‘masseurs’ and ‘masseuses’ increased, and by 1917, the idea of massage therapy as a separate profession was officially introduced to North America when a rehabilitation process was set up for wounded soldiers in the First World War. Swedish massage had evolved by the 1930s, and the legitimization and solidification of massage therapy as a respectable method of medicine were supported and endorsed by the physiotherapists who used it in their practice. In the 1950s when physical therapy was licensed in the United States, massage therapy was granted its category called the American Therapy Association (AMTA). In Canada, there are several regulating bodies, including the College of Massage Therapists of BC (CMTBC) which lays the groundwork for today’s Registered Massage Therapists (RMTs) through the adequate establishment and implementation of ethics and educational standards.

The standards of training, curriculum, education, accreditation, and degree of acceptance by other health care practitioners that currently exist can vary. In Britain, there tends to be a shorter program and no country-wide legislation in place for the standards of training. Although counties such as America and Canada may have more practice laws, they may vary depending on whether some states or provinces may choose to legislate massage, while others do not.